Translating for Mexico: Why You Should Do It 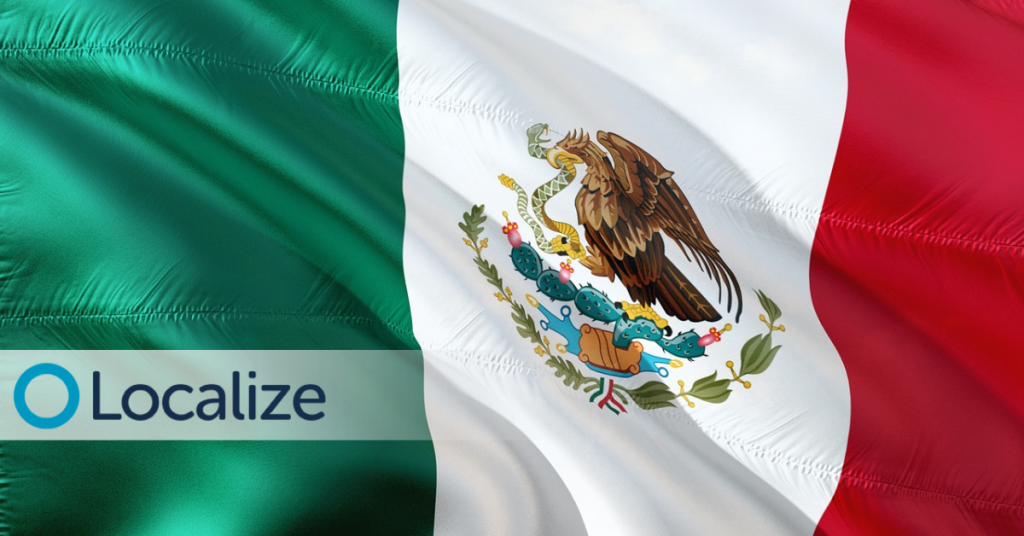 It might be time to say ‘hola’ to Mexico with its vast (and growing) marketplace that might be a good fit for your goods or services. However, to successfully connect commercially with Mexicans is not just about translating your website into Spanish. So, let’s take a look at what you need to know when localizing for Mexico.

Here are some important stats you need to know about Mexico:

The Population Is Spanish Speaking

Mexico has the biggest Spanish-speaking population of any country, with a total of 121.9 million speakers. The next largest Spanish-speaking country is Colombia, with less than half that number (49.44 million Spanish speakers). At the same time, Mexicans have one of the lowest scores in English proficiency in Latin America. This is why your English-only website will not fly in Mexico.

Mexico has a large and growing economy that is evidenced by the following:

Localizing for Mexico: Why It’s a Good Thing

Mexico has an emerging market economy with vast potential for ecommerce. With plenty of competition in place, if you wish to enter the Mexican marketplace, it’s critical to localize your website or mobile app to stand the best possible chance of success. Here’s what you need to know.

Translating and localizing your content for the Mexican marketplace goes far beyond just translating your marketing content into Spanish. It is true that Spanish is the most widely spoken language, but it’s not the only one. In fact, the Mexican government recognizes no less than 68 indigenous languages.

When localizing for Mexico, keep in mind that while only very few (about 6%) Mexicans speak an indigenous language, a significant number (20%) identify with an indigenous ethnic group. This translates to one in five of your potential customers. Although almost all of them speak Spanish, your cultural references and imagery need to respect this indigenous identification.

Bear in mind that Mexico also has a growing ex-pat population of over one million people. Three-quarters of these are Americans who have emigrated to Mexico for a lower cost of living. While translation from English might not be needed for this group, some localizing for Mexico will still be required to tailor marketing content specific to this audience.

Mexico is a country with a rich and varied culture. It comes with intertwined identities because of its indigenous peoples and the European influence that began in the 16th century. It’s a culture that sometimes struggles to feel cohesive because of these contrasting influences. Still, it is also one that has produced great literature, art, music, and architecture over the centuries.

Tips for Localizing for Mexico

First, think about what kind of customers you want to connect with. Are you releasing an app or selling agricultural products (or one of the multitude of things in between)? Are you a B2C or a B2B company?

Once you have determined your targeted audience, develop a clear strategy and timeline. Detail what you aim to achieve, why, how, and by when.

Mexico is a large, diverse, and fascinating country, and economic opportunities abound.

Many companies are setting their sights on Mexico’s young, urbanized population and online sellers have the opportunity to connect with a rapidly growing audience. For English-speaking companies, it’s essential to engage with a top-notch translation and localization service.