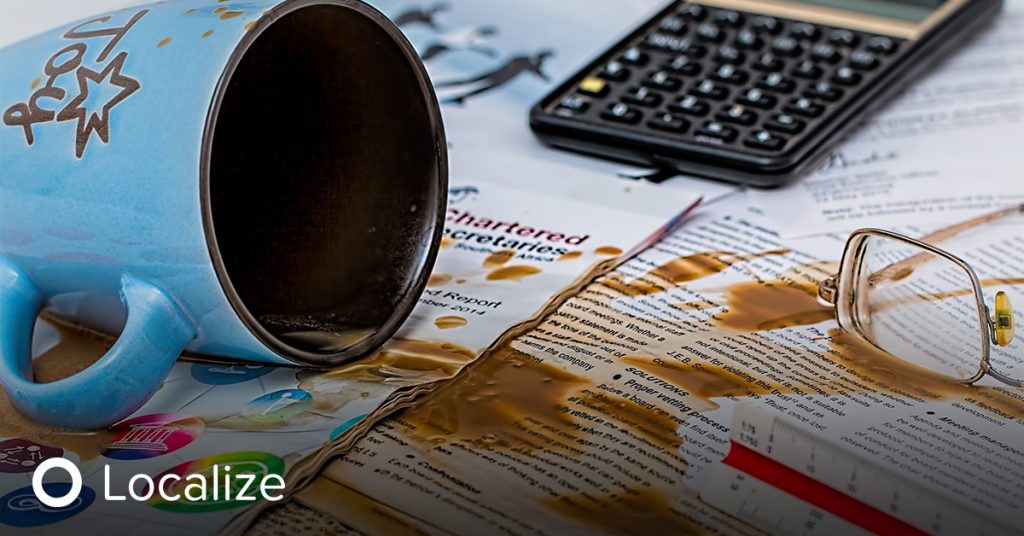 Globalizing a brand is not an easy task. Your brand name, logo, or slogan may have a startlingly different meaning in other languages and cultures. And, you might be surprised to learn that even big, well-known companies can have huge blunders with poor translation.

Are you ready to feel some secondhand embarrassment? Because you’re about to read our unofficial list of the 10 most cringe-worthy translation mistakes of all time.

Braniff Airlines launched a campaign to promote their new leather seats with the slogan Fly in Leather. The Spanish translation they came up with was Vuela en Cuero. This was okay in some South American countries, but Mexicans read it as Fly Naked. For sanitary reasons, let’s hope that’s not what they meant.

Perdue’s slogan It Takes A Tough Man To Make A Tender Chicken got badly mangled when translated into Spanish. On billboards all over Mexico, Perdue proclaimed It takes a hard man to make a chicken affectionate.

Coors found out that its beer lost some fizz in Spain. Their easygoing slogan, Turn It Loose, roughly translated to a Spanish colloquialism for having diarrhea. That’s definitely not the kind of “loose” Coors marketers were going for.

Procter & Gamble didn’t give too much thought to its brand name when it introduced Vicks into the German market. However, the company was embarrassed to discover that Germans pronounce “v” as “f”– turning Vicks into a German slang word for sexual intercourse.

7: 🍼 A Leaky Situation with the American Dairy Association

Clairol introduced a curling iron with the brand name Mist Stick. This vapor wand beauty product sold like hotcakes in most countries. However, in Germany, it turned out that mist is German slang for manure. While many farmers may have found a use for a Manure Stick, fair-haired frauleins did not.

9: 🤧 Unfortunate Innuendo at Proctor and Gamble

Puffs is a cutesy name for facial tissues made by Procter & Gamble. Unfortunately, P&G failed to realize that Germany and the UK would not view Puffs in the same light. In Germany, puff is slang for a brothel. In the UK, it’s an offensive slur.

What’s in a name? Or, for that matter, a brand? Well, a lot of headaches (and lost money) if you get it wrong.

Poor understanding of cross-cultural differences when trying to market your brand in a different language and culture can mean an unsuccessful campaign – even worse, an offensive one. Marketing blunders not only mean a loss of profits, but they can also damage your company’s reputation.

For information on how Localize can help you manage your translations and avoid making costly mistakes when globalizing your brand, reach out anytime!