The History of Locale-specific Translation

Localization – the process of adapting a product or content to a specific market or geographical location – goes back to the 1980s when American software giants started expanding operations globally.

As computer software moved into the hands of regular office users, the need for language-friendly features and interface became necessary to encourage adoption and drive efficiency. The way it worked back then was that development teams turned over the software code and source files to the localization team.

Unfortunately, it wasn’t such a smart plan. For instance, when Microsoft wanted its early spreadsheet program Multiplan translated into Japanese by its then-distributor ASCII, they faced two problems : one was the difficulty in finding the translatable text in the software code, and the other was the back-and-forth between development and localization teams for updates and version management.

The solution came in the form of internationalization, which was characterized by three features : support for international natural language character sets, separation of the software code from location-specific features, and addition of features or functionality targeted to specific markets.

From in-house to outsourcing

In the beginning, companies kept localization in-house, with the larger players such as Oracle and Microsoft moving the task to their teams in Europe, specifically Ireland. The reason for choosing Ireland, which in the 90s, became a localization hub for software companies was its cost-effective labor, a young and educated population, government-mandated corporate income tax of 10%, and exemption from value-added tax.

As the technology sector began to boom, and product development as well as content grew at an accelerated pace, localization departments swelled and became unsustainable, while localization experts also faced the problem of a steep learning curve.

Companies came to realize that outsourcing localization to third-party providers was more pragmatic and sustainable.

Thankfully, translation services had already started making an appearance in the 80s, and the first to get there was INK, a European service that provided desktop publishing, localization engineering, project management and multi-lingual support.

INK also developed desktop translation support tools called TextTools, the first of its kind for translators. In 1987, German company TRADOS launched Translation Editor (TED), a plug-in for TextTools and followed it up with a workbench translation memory product. The capability of TM technology was limited to text files and there wasn’t yet a commercially available localization product for user interfaces. Software publishers built their own proprietary tools, but didn’t really follow a structured methodology or test them enough for reliability, often resulting in a sub-standard output.

Wheels of the localization industry set into motion

By the 90s, the localization industry started coming into its own. Realizing that there was better value in outsourcing localization to full-service providers, software and hardware publishers supported the growth and proliferation of the industry.

The 90s also witnessed mergers, acquisitions and a consolidation to beat the competition. A popular framework at the time was the outsourcing of projects to single-language vendors by large, multi-vendors offering multi-lingual and full-service support. The single-language vendors either had on-site translators or worked with contractors.

The rise of the internet spawned the development of globalization management systems (GMS) that automated the localization process, seemingly making the translation of multi-lingual websites easier and more convenient. Still, the predominant attitude was that software localization worked best when handled by a dedicated team of specialists with traditional expertise.

Translation management systems in the Millennium

Today, translation management systems are leveraged to enable localization and translation for all stakeholders, from translators, localizers and vendors to clients and partners. The translation workflow is conveniently accomplished via a web browser or an app. The process is transparent, collaborative with full visibility into tasks, schedules and deliverables.

There is a consensus that localization is steadily moving upstream into content marketing, a natural development in a world of self-publishing and global content strategies. The race is on to see how existing tools, like Localize, can effectively meet evolving translation needs, and how universities and policies breed a healthy ecosystem of linguists, translators, desktop publishing experts and software developers.

Read how Mimeo Digital was able quickly set up their platform for a global release in 15 languages, without placing any strain on their valuable internal resources.

Ready to go global? Sign up for a 2 week trial here and we’ll reach out to help. 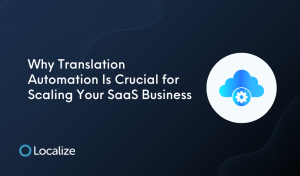 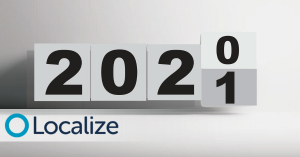 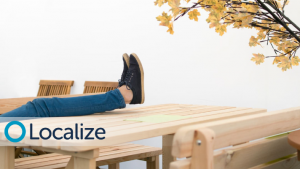