Translating for India: A Guide 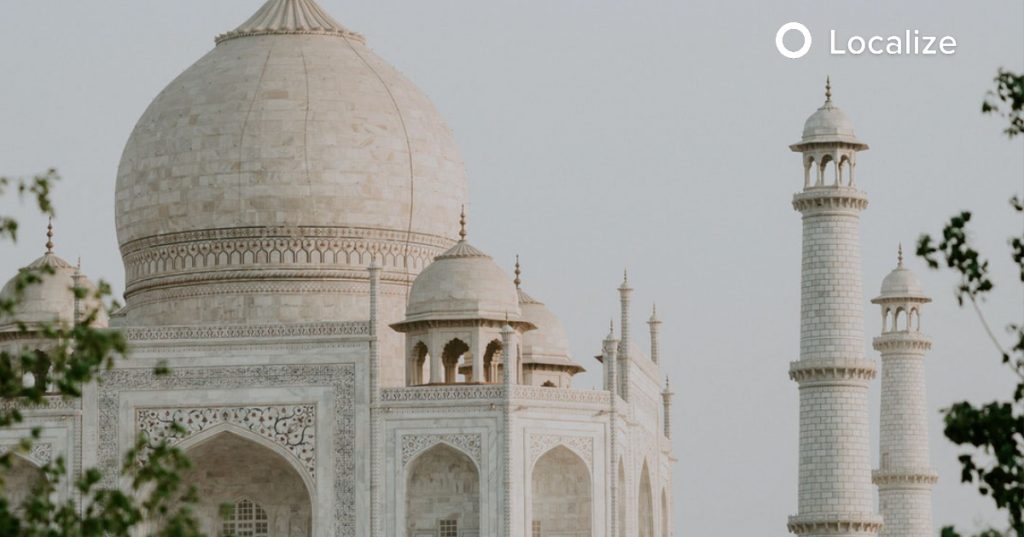 During a visit to India, Amazon founder Jeff Bezos famously predicted, “The 21st-century is going to be the Indian century.” And he might be right.

Is localizing your website for India worthwhile? Let’s take a look at the data:

In this post, we’ll share our top localization and marketing tips for expanding your online business into India.

India represents one of the fastest-growing e-commerce markets in the world. Millions of Indians are increasingly discovering and enjoying the benefits of shopping online. Bottom line – the number of online Indian shoppers will only keep growing.

Here’s what you should know about localizing for India.

Although most companies that market to the Indian population stick to English, this is a mistake. It’s estimated that only 20%-30% of people in India can speak English proficiently.

English is commonly used in business and trade, but it’s not common in everyday communication. So, there’s a huge gap in the market for translated content in Indian languages.

India is home to more than twenty official languages, written in 13 unique scripts and with dozens of different dialects.

These are the top languages of India ranked by the number of native speakers:

Other popular mother tongues include Urdu, Gujarati, Malayalam, and many more. In such a diverse and multilingual country, it’s crucial to do plenty of research on your target market and choose a language wisely. 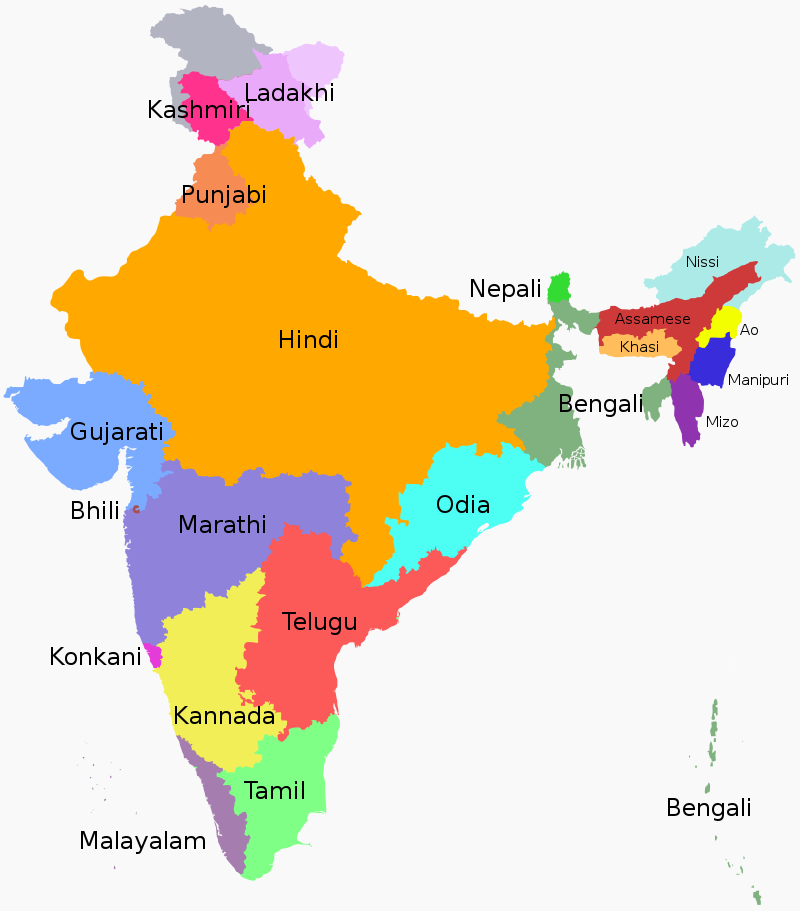 Get To Know the Indian Consumer

Learning how your target audience shops is an important part of localizing for India. Here’s what you should know about shoppers in India:

Here are some things you should know about India’s lucrative consumer market. 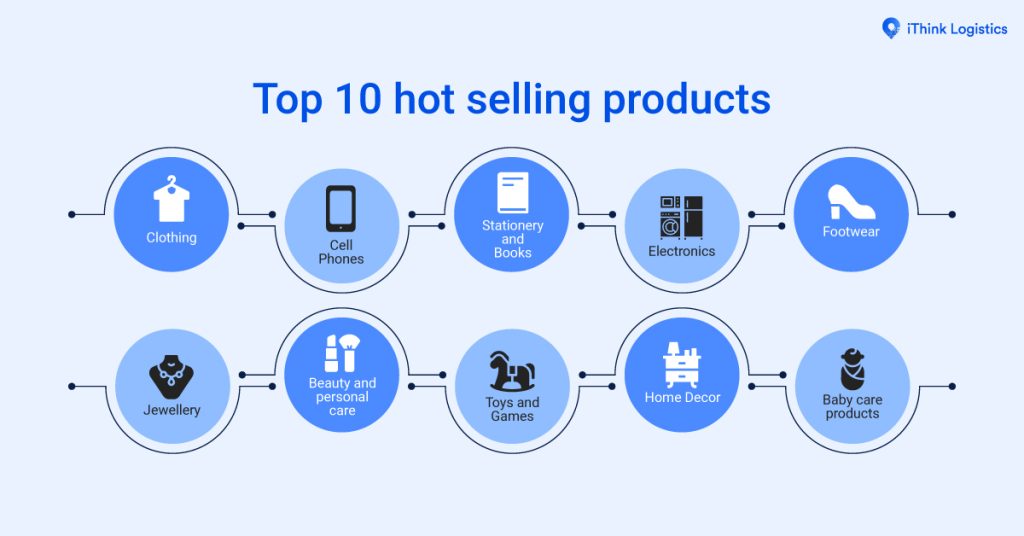 How to Get High-Quality Indian Translations

After you choose your target market, it’s time to translate your site. Here are some tips for achieving a great translation in Indian languages.

India is a diverse, multilingual nation. Choosing the right Indian language for your audience is crucial. Popular languages like Hindi, Bengali and Marathi are a great start. But you may want to offer more languages depending on the region you’re targeting.

Wordy or academic-sounding language can confuse your readers, so it’s best to avoid it. Indian readers value simplicity. Use plain and informal language with minimal acronyms and jargon.

Your translation partner needs to fully understand Indian culture and consumer preferences. If you don’t pay attention to the culture, your marketing campaigns might fail. For example, Indians prefer to use phones to access the internet, so if you’re promoting a website that doesn’t display well on phones, you might fail. A skilled professional translator or LSP (language service provider) can help you understand cultural differences and communicate to your target market.

Translation is the first step in an effective localization strategy. You’ll also need to adapt your website’s user interface (UI) for your Indian audience.

Here’s some advice to help you localize websites for India.

99% of India’s internet users access the web through their smartphones. So, your mobile website or app can make or break your marketing efforts in India.

As you design and localize your site, focus on the mobile experience for the best results. Also, keep in mind that Android phones are far more common than iPhones. 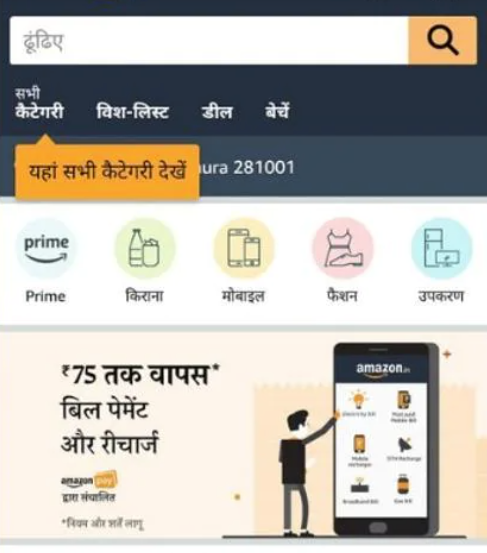 When localizing their sites for India, a lot of companies display a mix of English and Hindi. But they shouldn’t assume that their audience is English-speaking. For best results, don’t mix Indian and English text on the same web page.

Unreadable English text can cause frustration and disrupt the customer experience. The only exception to this rule is English numerals, which are OK to use on an Indian site.

Abstract visuals and icons don’t always translate in Indian culture. Instead, you should use realistic visual examples that show the user what to expect. Here’s a great example from Google UX: 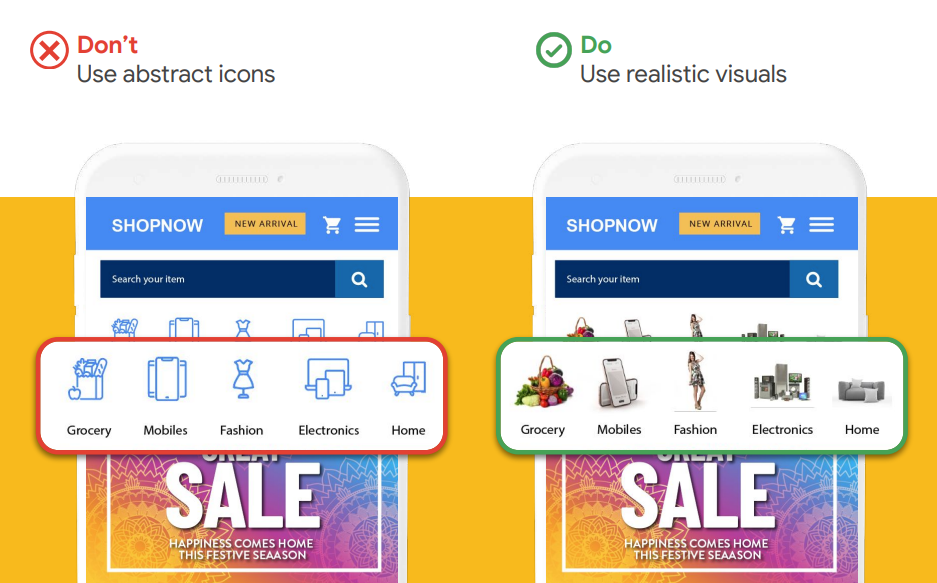 Most Indian internet users prefer a good browsing experience over searching the web. This is because typing Indian scripts is difficult and time-consuming on a mobile keyboard.

Instead of relying on search in your site navigation, you should offer plenty of visually appealing, browsable pages. If your Indian site visitors must use search, you should provide autocomplete suggestions or voice search to make the experience better.

India is known as an incredibly colorful nation. In mobile and website design, you can use colors to connect with your audience. Here are some common interpretations of colors in India:

Calm, brightness and knowledge; also a symbol of mourning

Localize Your Marketing Efforts in India

Companies like Google, Samsung, Amazon, Unilever and Colgate recognize the importance of the Indian market, and you should too. As India’s economy grows, there’s a great opportunity to grow your brand there.

Want assistance in launching your brand on the Indian subcontinent? Localize would love to help. Check out our easy-to-use translation management system and get in touch.

Guide for Inclusive Internationalization and Translation