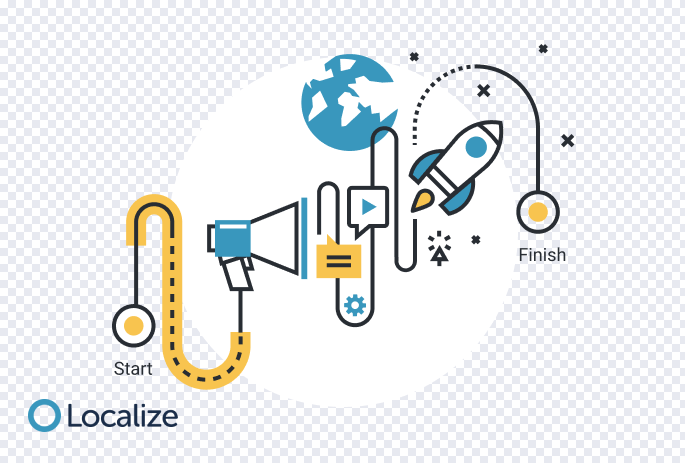 Localization is not just about translating your content into different languages. It also incorporates local customs, culture, beliefs, and traditions. Your content should mirror how your target audience talks, thinks, and acts.

Here’s how you can use local history to your advantage to create effective campaigns in global markets.

Culturally appropriate localization is about understanding what the local target market relates to and what might offend them. Localization is not just about translating a website to a local language. It’s also about adapting the content to the target culture. Cultures vary from one location to another. Most of the time, the local history of the place has a big role in their culture. Understanding the local history of your audience can be a big step in creating a localized website that checks all the right boxes.

Many countries in the global market have very difficult histories. Countries that were torn apart by war, racism, extreme poverty, or political unrest, might appreciate images of a soldier as a hero. Some countries have suffered terrible atrocities at the hands of others, so depicting cultures and festivals associated with those cultures might hit a sore spot. Before assuming that your content has a universal appeal, it is always better to do a bit of research. Understanding history is important for marketing to a specific region.

For example, think about localizing for Japan. What if a company had a name or tagline that said ‘Boom!’ and their logo was a big explosion like a mushroom cloud? That particular logo will very likely not amuse a Japanese audience. The country suffered terrible devastation after the attacks on Nagasaki and Hiroshima.

Here are some other examples of content that’s inappropriate in some cultures:

Many countries in the international market have positive historic events that they consider with a sense of pride. Understanding these positive events in history can help a marketing campaign.

When you think about globalization and internationalization, images of flags might come to mind. However, flags should be used carefully. Flags and their colors and symbols carry significant meaning in many countries. For example, a flag may denote a long and painful struggle for freedom from colonization.

Depending on the culture, it could be either offensive or acceptable to use a national flag in branding or packaging. In some cases, using national flags can ruin your campaign. In 2001, the U.S. Postal Service had to get rid of thousands of brochures because they featured the communist Vietnamese flag. This was offensive to Vietnamese-American immigrants who had suffered under the oppressive communist regime.

4) Be Careful with Slogans and Taglines

The use of certain words can also be disrespectful to local history. For instance, Nivea had to pull its deodorant ad that declared White Is Purity after hundreds of Americans protested that the slogan was racist.

Translation can also alter the meaning of slogans, taglines, or product names. For some examples of slogans and taglines that missed the mark in different locales, read our article on the Top 10 Cringe-worthy Translation Mistakes of All Time.

5) Be Mindful of War History

In many countries with painful war histories, it’s important to be respectful to your audience. Here are a few examples:

When you hire the right people for your localization project, you can avoid making costly translation mistakes. Instead of relying on machine translation or free plugins, it’s best to hire a professional translator to translate important websites, apps, software, and products for your brand.

Why? Because nobody can understand nuance and context better than humans with lived experience. Local translators and in-country reviewers (ICRs) have a good understanding of region-specific sensitivities in the local culture. A diverse localization team will provide the best quality assurance for your projects.

The success of localization teams depends on having in-depth and relevant cultural knowledge. Localize has helped 700+ companies overcome complex challenges in translation and localization.

Localize gives you effective communication with your target audience, an enhanced user experience, and a great bottom line. Contact us today to see how we can transform your localization process.